It’s time to share your candidates with the world!

First of all, we wish to thank you for your precious collaboration in nominating a candidate for the 2015 edition of the Public Peace Prize!

At the close of the nomination period, a total of 218 nominations for 24 different candidates had been received. Of the 24 peacemakers nominated, 12 met the criteria of a minimum of 10 nominations each, by 10 different people, with 10 lines of text explaining why their peacemaking efforts should be recognized. The other 12 can still be nominated again next year!

Over the past month, a compilation was made of the nominations for each of the 12 eligible candidates, and volunteers have been hard at work writing profile summaries from the texts received, which were then into translated into English, French and Spanish.

Twelve candidates
to be introduced over twelve days

These 12 candidates will now be presented to the public on our website, one by one, over a period of twelve days. Because the first and only goal of the Public Peace Prize is to make better known as many peacemakers and peace initiatives as possible, including those who are virtually unheard of, we will start with the least-known candidates, and present a new candidate each day until they’ve all been introduced.

Due to past experience, we have decided to promote the quality of the nominations and support for candidates rather than the quantity of votes, in order to encourage a more collaborative approach that is more attentive to the lesser-known candidates, rather than a competitive, exclusive and elitist approach.

We wish to make the process of showcasing candidates participative, collaborative and inclusive, and for this we need your help! Here’s how to promote your candidate and give them the best chance at becoming one of this year’s laureates:

Invite as many people as possible to discover your candidate and to help spread the word about them. Here’s how to participate:

Then you can help make your candidate better known in any of these ways:

The number of unique visitors and supportive comments on the web page presenting the candidate on the site, and the number of Facebook shares and retweets during the three days following the publication will be compiled to measure the interest, appreciation and support of the public towards each candidate.

The vote by count was eliminated because besides becoming too competitive and partisan, it favoured the candidates who possessed the biggest networks. This new way of voting allows a much more significant form of support to the candidates by boosting their exposure and allowing less-known candidates to expand their networks.

After the validation of results with our partner organizations, the laureates will be decided and publicly presented during the 24 hours for World Peace vigil, on January 1st, 2015.

Thank you for your precious collaboration!

New:  6 categories and at least 6 laureates 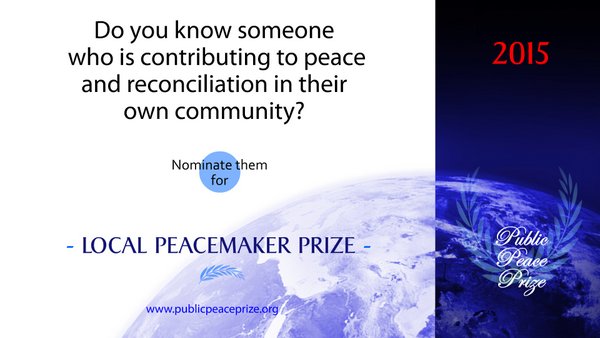 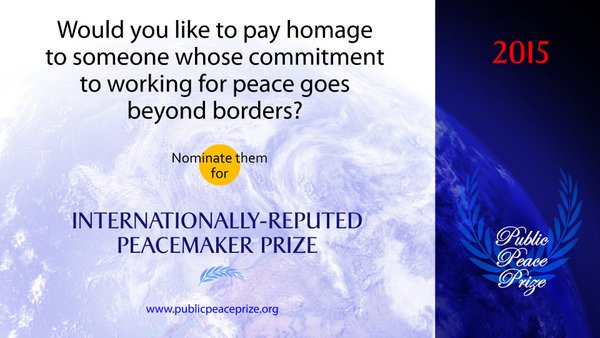 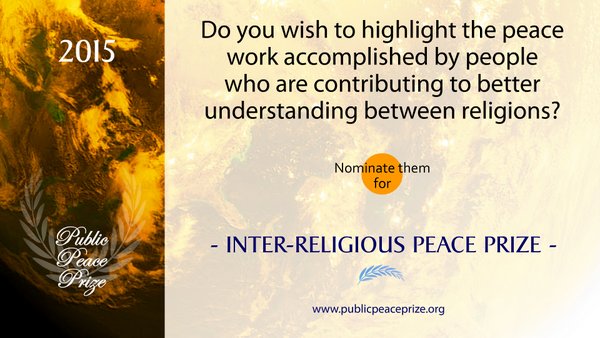 It is up to all of us to promote Peace!

the Amazonian Chief Raoni for his defense of the Amazon rain forest. Read more

the Palestinian doctor Izzeldin Abuelaish, author of the book I Shall Not Hate. A Gaza Doctor’s Journey. Read more

Marie-Marcelle Desmarais who, for 30 years, has been an indefatigable “Bridge Builder for Peace” in some forty countries. Read more 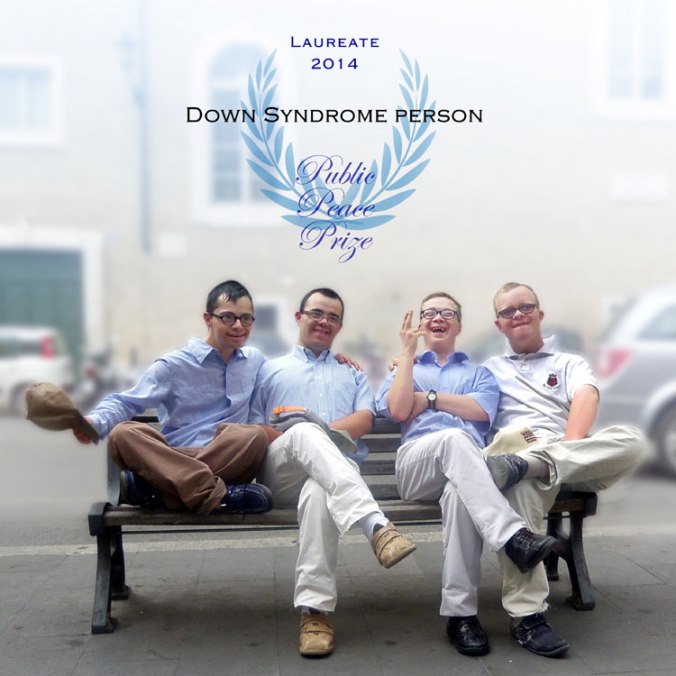 The 2014 Public Peace Prize in this category was awarded to all people with Down’s syndrome for their « real ability to spread peace to those around them. » Read more